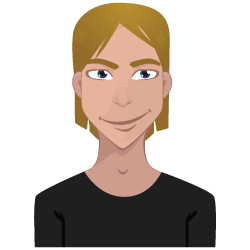 Earthmoving equipment needs to be handled with care in order to ensure that operators and individuals working in the vicinity of it remain safe whilst it is in use. Here are two things that can increase the likelihood of injuries occurring when machinery of this kind is being used.

Many people mistakenly believe that heavy construction equipment is as simple to drive as a standard road vehicle. Nothing could be further from the truth; enormous, complex pieces of machinery like bulldozers, loaders, and excavators can be extremely challenging to operate and manoeuvre, and as such, should only be driven by those who have the training and the experience to do so safely.

If, for example, they need to abruptly stop the excavator they are driving so that they can avoid striking someone standing in front of them, they may not reach the emergency stop button quickly enough if they are unfamiliar with its location within the cab. In this scenario, the individual in front of the machinery would most likely be killed or seriously injured, depending on the speed with which the excavator hits them.

Likewise, an inexperienced person who attempts to operate a bulldozer on a steep slope is unlikely to know how to keep the equipment upright and stable on this type of gradient. They might, for instance, extend the blade too far forwards; this could result in the bulldozer toppling to one side, in which case the operator could end up crushed inside the cab.

Failing to inspect the work area for hazards

Operators of earthmoving equipment often have to perform their work with limited visibility; this means that they sometimes struggle to spot and avoid overhead and ground-level hazards from their location inside the equipment cab. This is why it is essential for them to carry out an inspection of the area that they will be using the machinery in before they begin their work.

If they fail to identify the position of things like power lines, trenches, unstable soil and steep slopes before they climb into the equipment, they are more likely to come into contact with these hazards and sustain injuries. If, for example, they drive into an overhead power line, they could be electrocuted. Similarly, if they drive into a trench, they could be crushed.